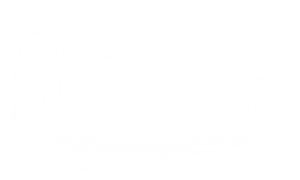 It’s six o’clock and you just picked up the kids from soccer practice, or perhaps you just got off work and picked up your children from day care; regardless, you’re running late and you know that there’s nothing prepared for dinner. The kids are asking for McDonald’s again and perhaps you’re thinking, “What’s the harm? It’s so much easier than going home and cooking. At this rate, we won’t eat until seven. Yes, I think McDonald’s is the answer.” McDonald’s is never the answer.

The American Psychological Association has recognized that there is more to our obesity problem than just genes or lack of exercise. In a recent article, Dr. Kelly Brownell said that the problem isn’t so much a lack of self-control as it is a “toxic food environment”. Every street corner has an option for fast food and none of them are healthy. Obviously, we know this, but the convenience outweighs a critical concern for our daily dietary needs being met.

Of course, Brownell acknowledges that genes and self-control play a role in obesity, diabetes and the myriad of other health problems that result from unhealthy eating habits; but, in his view, both face a losing battle against the overabundance and availability of bad or unhealthy food choices.

Brownell is particularly concerned about the advertising allowed for fast food restaurants. Joe Camel has been taken off billboards because of his obvious negative influence on our children and yet Ronald McDonald and his friends are considered cute so they take a starring role in commercials broadcast when children are most likely to be watching TV. “How different are they in their impact,” Brownell challenges, “In what they’re trying to get kids to do?”

High-fat, high-sugar and high-calorie abound, serving sizes keep increasing and, thanks to the drive-thru, the exercise we might have gotten by getting out of our cars and walking into the eating establishment has even been eliminated. In this western culture of convenience, it’s become too easy to give up on being healthy and just eat whatever we can get our hands on the fastest with no regard for the future health problems that will arise. Of course, diabetes and high blood pressure have become the least of our concerns.

“If fast food is bad, then trans-fat is evil,” writes Guto Harri in a recent article from the BBC News. Trans-fats increase the damaging cholesterol content of a meal, clog arteries and increase the risk of heart attack.

Obviously, the growing concern about premature death and rising obesity has made trans-fats a major target. It’s been determined that even a small reduction in the daily consumption of trans-fats can significantly cut the risk for heart disease and can help lower the levels of “bad” cholesterol.

This concern has been made known to all of the major fast food chains and yet only a few have done something about it. Wendy’s quit using cooking oil containing trans-fats in the summer of 2006 and, by April of 2007, all Kentucky Fried Chicken restaurants will have ceased their use. McDonalds promised to reduce trans-fats in its products over four years ago and “aims to roll-out a new cooking oil” this year. Still, trans-fats aren’t the end of the fast food story.

The Physicians Committee for Responsible Medicine (PCRM) has recently filed suit against seven major restaurants and fast food chains in the state of California. They include: McDonald’s, Burger King, Chick-fil-A, Chili’s, Applebee’s, Outback Steakhouse and TGI Friday’s. The reason for the suit, these companies are knowingly serving food containing carcinogens without a health warning to the consumer.

PCRM commissioned an independent laboratory to test grilled chicken products from California outlets of all seven chains. PhIP (one of a group of carcinogenic compounds called heterocyclic amines) was found in every grilled chicken sample provided for testing.

Heterocyclic amines were added to the list of known carcinogens in 2005 and PhIP, specifically, has been on the California governor’s list of chemicals known to cause cancer for more than a decade.

“Grilled chicken can cause cancer, and consumers deserve to know that this supposedly healthy product is actually just as bad for them as high-fat fried chicken,” says PCRM president Neal Barnard, M.D. “Even a grilled chicken salad increases the risk of breast cancer, prostate cancer and other forms of this lethal disease.”

So, what do we do? It’s time to consider that the only way that fast food restaurants will start sharing our growing concern for healthier eating choices is if we stop buying their products. It’s time to seriously consider the risk to ourselves and our children and weigh those risks against the “convenience” being offered by “fast food”.

It’s too easy to give in to the pressure of “there isn’t enough time to fix a healthy meal”. Yet the facts are clear: fast food cannot be an option.

The next time you’re considering taking your child to the fast food place on the corner, remember the risks involved with eating toxic foods and choose another healthy option.